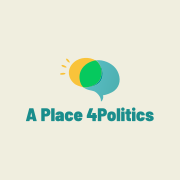 Posted on 1 Dec 2021 by Patrick Woodland

Featured image by Eddie Adams of the AP.

Jack Dorsey is out at Twitter, and it seems like we’ll look back fondly at the time when only some people were censored by the machines and algorithms. The new CEO, Parag Agrawal, is a true believer in the progressive agenda, and it seems that he will be an enemy of both liberty and the constitutional rights we hold very dearly.

According to The U.S. Sun, Agrawal is accused of racism over an eleven year old tweet.

I certainly hope that Mr. Agrawal has had a change of heart. But unfortunately I do not believe that it will be the case. It seems that Mr. Agrawal, like many progressives, have a global view of their company, and the “evolving” role that they must have in today’s discourse. By banning the sharing of photos of private individuals without their consent, Twitter unilaterally imposed two party consent law upon the American people.

Ten years after the racist tweet, an interview with MIT’s Technology Review, Agrawal said, “I think that’s the existential question of our times. Defining misinformation is really, really hard. As we learn through time, our understanding of truth also evolves. So, we focused way less on what’s true and what’s false. We focus way more on potential for harm as a result of certain content being amplified on the platform without appropriate context.”

I do not believe Mr. Agrawal has changed his opinions and his heart. And I think that it foreshadows dark times ahead for free speech. The country that has long been the bastion of free speech now lurches full speed toward authoritarianism and fascism, and the people claiming to be empathetic to the struggles of the working class have little concern about the actual lives and experiences of the working people.

When we live in a world where the only acceptable speech is that which offends no one, then we have no free speech. To speak freely is to risk offense. To speak freely is to have a vulnerable conversation with someone with the ability to ask questions and clarify statements. But if words cause offense, and offense is banned under the banner of “abusive” information, then conversation can no longer happen.

Everyone, find another platform. Find somewhere that values free speech, and become loud and vociferous about the defense of free speech. Understand the rules, master the game, and use them accordingly. Go in knowing that at some point you will lose, but make sure that you let others see how stacked the rules are against you, and how easily they will be turned against those who believe that less speech is better. History shows us where this road leads, and while we have yet to reach the camps or chambers, the ability to unperson someone remains alive and well within the authoritarian heart.